A while ago, I wrote a post called “How to Dismantle Christianity” where I explained why I am a Christian and how, if you were so inclined, you would be able to persuade me to abandon my beliefs. Due to the fact that “apologetics” was a central player in my conversion story, the logical and rational defense of the Christian worldview is not something I stumbled upon after being a Christian for several years. 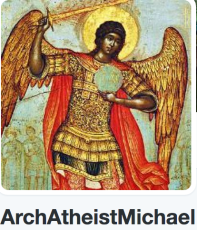 A little while after I posted it, @ArchAngelMike had some questions for me (those can be found here). Its been a long time coming (life sorta… happened, you know how it is), but here are my brief answers to Mike’s questions.  For the reader, I’m going to try to make it so that you don’t have to jump back and forth between posts. I hope I’m at least partially successful.

Mike asks a LOT of questions. And these questions come with significant philosophical baggage that needs to be sorted out. As an example, imagine a child asking “how does a plant eat?” There is a lot there to unpack, isn’t there? (Also, I’m not calling AAMike a child) For this reason, this post is probably going to be much, much longer than the posts I usually write. Every single one of these questions could easily be a lengthy blog post in itself.
END_OF_DOCUMENT_TOKEN_TO_BE_REPLACED

Recently, I was invited onto Chris Webber’s “C-Webb’s Sunday School” podcast to discuss the topic, “Changing Your Mind About God”. You can find the link to that here!
The discussion includes input from both atheists and theists:
– Chris Webb himself (@cwebb619) of C-Webb’s Sunday School
– Me! (@ElijiahT) of both this blog and ThinkLearnLive
– Adam Reakes (@AdamReakes) of The Herd Mentality Podcast
– A Matter of Doubt (@AMatterOfDoubt) of A Matter of Doubt
– Conversion Points Radio (@ConversionRadio) of Conversion Points Radio

I encourage you to listen to this discussion. I really enjoyed contributing to it, and I enjoyed listening to the contributions of the others. The podcast came out a little while ago, but this is ‘evergreen content’, if you want to use marketing terminology 🙂

That being said, I wrote out my contribution here! Its not verbatim, but its close.
A lot of people ask me why I believe in God, and this explains why.
Enjoy! 🙂

When Chris first proposed the question, “what would it take to get me to change my belief about god”, I thought it would be a little too much fun to talk about it. After all, epistemology (the study of knowledge) and God are two of my favorite topics to discuss.

However, the more I thought about it… and the more research I did… the more I realized that I’m not entirely sure what would cause me, personally, to change my belief about God.

In general, if someone believes something (lets call it X)… and a defeater is presented for X, there are two options.
They either give up the belief, or provide a defeater for that defeater and maintain the belief. Well, I guess you could ignore the defeater, but lets imagine there is no deliberate cognitive dissonance going on here.
END_OF_DOCUMENT_TOKEN_TO_BE_REPLACED

About 6 months ago, I wrote a post called “Arguments and Evidence – Should an Argument Be Considered Evidence?” where I examined the relationship between arguments and evidence. The conclusion of my analysis was this:

I think my point is rather trivially true, but not everyone seems to agree with me.
I think its because they don’t actually understand my point. I did my best to respond in the comments section of the previous post, but I received a blog response from @nonprophetess titled “An Argument for Evidence“. This post highlights the primary misunderstanding behind the rejection of my conclusion.

She didn’t particularly like the evidence for my mortality, in the form of this argument:
1. All men are mortal.
2. Elijiah is a man.
3. Therefore, Elijiah is mortal.

END_OF_DOCUMENT_TOKEN_TO_BE_REPLACED

This blog post will teach you how to talk people out of their faith. You’ll learn how to ridicule the faithful through mockery, because this kind of behavior will force them to value reason and rationality, cast doubt on their beliefs, and mistrust their faith. I call this activist approach to helping people overcome their faith, “Street Awesomeness”.
The goal of this blog post is to create a generation of Street Awesomes: people equipped with an array of dialectical and clinical tools who actively go into the streets, the prisons, the bars, the churches, the schools, the community, and ESPECIALLY THE INTERNET — into any and every place the faithful reside— and help them abandon their stupid religion and embrace atheism.
Enter the Street Awesome: an inarticulate, unclear, unhelpful voice with an unremitting desire to force people into overcome their faith and to create a better world— a world that uses mockery, memes, logical fallacies, %#$&ING SCIENCE, and awesomeness to build the future; a future full of unreasonable and philosophobic anti-theists who are irrationally obsessed with F&#%ing SCIENCE!!!

I have a whole ton of points to make. Pay attention! Memorize them all!
THERE’S LIKE TEN. AND SOME BONUS PRO-TIPS.
Point #1!
As everyone knows, all atheists always use reason, F&%$ING SCIENCE, logic and awesome when they come to conclusions. And as we also know, all religious people rely upon stupidity when they come to their beliefs. If you use reason, F#&%ing science, logic and awesome… you will be an atheist.
End of story.
If you embrace science, you’re an atheist.
A religious scientist is an oxymoron because all religious people reject science. END_OF_DOCUMENT_TOKEN_TO_BE_REPLACED

As I’m sure you’ve heard, Ken Ham (of Answers in Genesis) and Bill Nye (the ‘Science Guy’) debated whether or not creation is a viable model when it comes to the question of origins. The debate happened last night (Feb. 4th, 2014) and the blog-o-sphere is erupting with people tossing their opinions in.

I’ve read a lot of these blog posts and I’m going to point you to several that I think are quite good. However, you should watch the debate first.
You can find it here.

Why are they debating? Great question.
It is because Bill Nye said some stuff about creationism that Ken Ham didn’t agree with, and the stork came and delivered a debate.
The debate was announced on Ken Ham’s Facebook page on Jan. 1st.

My first impression was that this debate was going to be rather silly, because neither Ham nor Nye are known for their good debating skills. Ham is an unwavering young earth creationist whose approach is unapologetically presuppositional. Nye was the frontman for a kids’ science show and is currently a science popularizer.
– I would have rather had people a little more qualified talking about this topic.
– I was afraid that people might assume all Christians agree with Ken Ham’s approach.
– I was concerned that this would continue the false “science vs god” dichotomy.
But! The world doesn’t revolve around me, so the debate happened anyway. END_OF_DOCUMENT_TOKEN_TO_BE_REPLACED

If you’ve spent any time discussing the existence of God or the truth of Christianity online, you’ll know exactly what I’m talking about.

This is how it might go:
1. An atheist (or group of atheists) will demand evidence for God.
2. You respond by giving them evidence for God.
3. They just label it a fallacy (or worse, say that ‘arguments are not evidence‘) and repudiate it.
4. They ask for evidence again.
5. You reply with, “I just gave you evidence, you didn’t address it. What do you mean by evidence?”
6. The atheist(s) reply, “STUPID CHRISTIAN! DON’T TRY TO REDEFINE EVIDENCE! GIVE ME EVIDENCE!!!11”

Remember that conversation you had with that one [group of] atheist(s) that sounded just like that? That was incredibly frustrating, wasn’t it?
I know that feel, bro.
END_OF_DOCUMENT_TOKEN_TO_BE_REPLACED

Ok, everyone. Lend me your ears!

… aaaand the conversation starts and stops there.

Stop it.
Stop this senseless bickering over definitions.

I can’t imagine someone thinking, “faith is belief without evidence? Christianity is a lie!” or “atheism is the belief that god doesn’t exist? Christianity must be true!”

Accept their definition and move forward.

In this particular instance, suspend your inner analytic philosopher and channel your inner pragmatist.

This is a plea to everyone.
Let’s all work to move the conversation forward. Stop getting stuck arguing definitions. And stop defining your opponents position into irrationality.

Ps. This is not some kind of post-modern “words don’t have definitions” appeal. Words do have meaning. But we want to continue the conversation, not stop it because we can’t agree on the basics.

HashtagApologetics
Create a free website or blog at WordPress.com.